The cover of SOS says it all: The beloved Millencolin bird who has adorned the band’s artwork since their first demo tape, Goofy 1992, looks bruised and broken as he orbits a planet on the brink of nuclear and environmental disaster. But don’t worry, not all is lost…

The cover of SOS says it all: The beloved Millencolin bird who has adorned the band’s artwork since their first demo tape, Goofy 1992, looks bruised and broken as he orbits a planet on the brink of nuclear and environmental disaster. But don’t worry, not all is lost. For over 25 years, the Swedish punk act – bassist/vocalist Nikola Sarcevic, guitarists Mathias Färm and Erik Ohlsson and drummer Fredrik Larzon – have perfected their ever-evolving brand of melodic punk, but SOS sees them stretching into new sonic and lyrical territory that further cements the group as being able to outlive trends and gimmicks. Their secret? Solid songwriting, inventive arrangements and lifelong friendships that are palpable in each note on the album.

“With everything creative in life, you have to take a route you haven’t taken before and that can be a big challenge when you’ve been a band for as long as we have,” Sarcevic explains. “It was really important to us that these songs weren’t copies of songs we’ve done in the past and I think each one has something really original to it.” From the full children’s choir that introduces the album’s title track to the vocoder-tinged chorus on “Yanny & Laurel” and Descendents-esque catchiness of “Sour Days,” SOS is fueled by memorable moments, but it took a lot of work to get there. Sarcevic originally came up with 30 rough ideas for the album, which he then sent to Färm, whose job it was to transform these random sketches into completed Millencolin songs. “We originally had like 30 songs ideas” Farm explains. Färm then translated them into complete Millencolin songs. The process took me a half a year. It’s like making a painting in a way,” Färm recalls. “I just sat at home making demos on my computer and slowly constructing these songs because I’m a perfectionist when it comes to the final product.”

Like 2015’s return-to-form True Brew, SOS was supervised and mixed by Jens Bogren (Opeth, Soilwork). However everything else was once again kept in-house, from the production to Ohlsson’s artwork to the fact that it was recorded at the band’s own Soundlab studio in Örebro, Sweden. “It’s been four years between albums but we’ve been touring non-stop, so it really doesn’t feel as long to us,” Färm says of Millencolin’s ninth album, which encompasses all the varying aspects of the band’s musical identity. Whether they’re looking back on the past on the sweetly syncopated “For Yesterday,” giving us another dose of palm-muted perfection on “Dramatic Planet” or stretching their pop music chops on “Let It Be,” SOS is the kind of album that will satiate the band’s longtime fans while maintaining a broad appeal that’s certain to bring new converts into the fold.

Millencolin may have been started by a group of goofy teenagers singing about overeating and playing video games, but SOS sees the band further expanding on the darker subject matter that’s in many ways is an extension of True Brew. “There are definitely more political lyrics than you’re used to having on a Millencolin album, but they are less about my perspective on what’s happening in the world and more of where society in general is heading when it comes to ideas like power and co-existence,” Sarcevic explains. However the lyrics on SOS are never preachy and often couched in metaphor as evidenced by the driving rocker “Trumpets & Poutine,” which is reminiscent of the band’s biggest influence and longtime labelmates, Bad Religion. That said, even the most foreboding moments on SOS are tempered by upbeat instrumentation and it’s difficult to think of something more cathartic than singing along to “Carry On” as the world burns all around us.

That might sound depressing but it isn’t – and while SOS has an important message, at its core the album is a celebration of life that encourages the listener to take positive action in order to protect it. “When I listen to music, the first thing that catches my attention are the melodies and choruses,” Färm explains. “The cool thing is that if you like the way it sounds you’re going to dig deeper into the song and if there’s a good message there, it’s even better,” he summarizes. “I think that’s our strength as a band: It’s the best of both worlds when it comes to both the message in the lyrics and the most important thing, good songs.” SOS embodies this idea in a way that only Millencolin can. If it all ends tomorrow, Millencolin tried to warn us in the most glorious way possible. 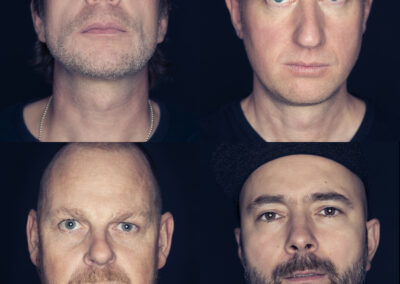 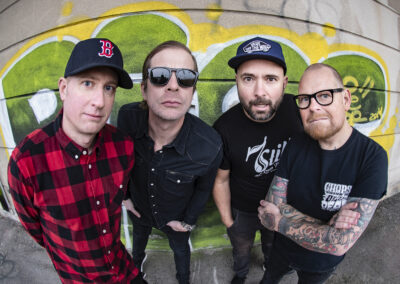 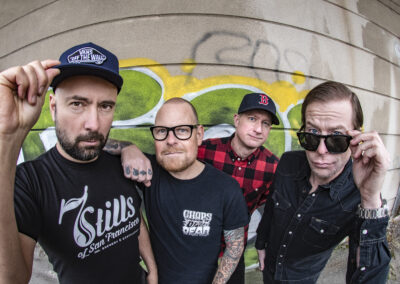