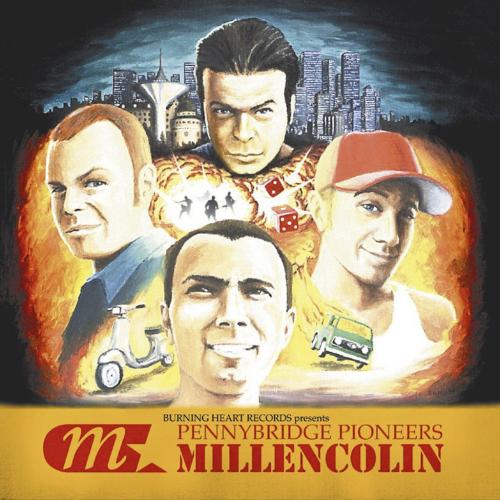 Millencolin’s fourth album found them teaming up with Epitaph owner/producer Brett Gurewitz, a partnership that created a crisp, full-spectrum sound big enough to house Millencolin’s intense, evocative music. While Pennybridge Pioneers doesn’t abandon the band’s trademark punch and fire, it does mark an evolution away from the upstroke guitar riffs and ska rhythms of the past. The new songs are the most personal and expressive yet, drawing on the band’s experiences with growing up and moving forward. From the relentlessly driving opener, “No Cigar,” to the cheeky ode to a motor scooter (“Fox”), and ending with a simple, undeniably melancholy ballad, Pennybridge Pioneers is an extremely accomplished album.